Which clubs are challenging for the Premier League of social media? 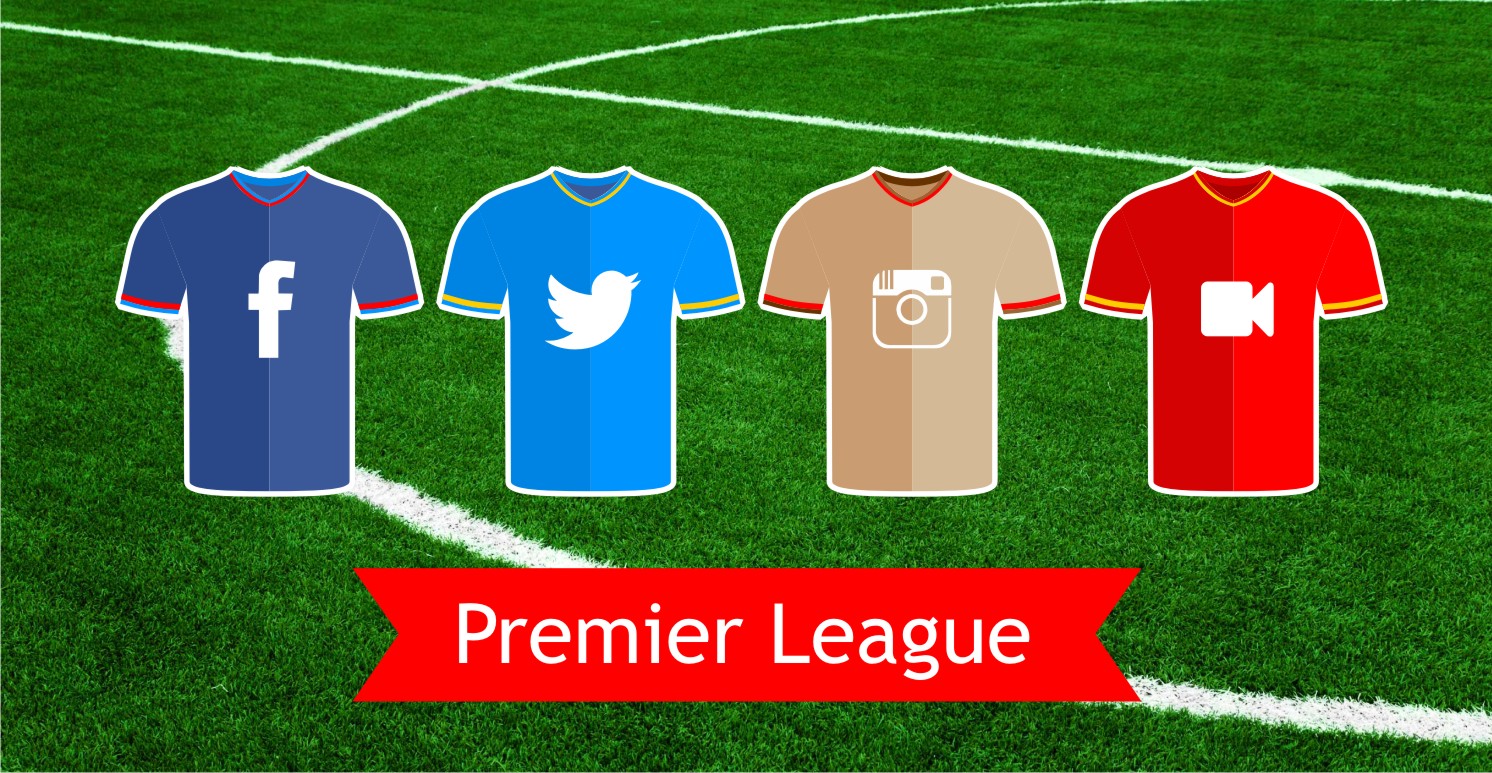 With Twitter announcing recently that they have teamed up with Sky Sports to show Premier League highlights, it got me thinking about how social media has become an essential tool for football clubs to interact with their supporters.

It is no surprise that in terms of followers across Facebook, Twitter and Instagram, 4 of the 6 teams that have won the Premier League are in the top 5 of the most followed English teams. Current Premier League Champions, Leicester City has seen their total social media audience increase to 7.8 million, more than the likes of well-supported, established clubs such as Newcastle United and Everton.

Fan base and success has a huge influence over the number of followers football clubs attract and it provides them with the potential for each post, video or tweet to be seen by a huge audience. Football clubs have to stay at the forefront of all the social media channels and have to react quickly to changes.

The content that football clubs post has got to be engaging. Manchester United’s social media audience is higher than the combined population of France and Canada, so they are going to receive a lot of criticism if the content they share is not what their audience want to see.

The content has to enthral the audience and captivate their attention. Here are some examples of what clubs are sharing on social media.

It’s what most clubs will share on a daily basis. Anything from highlights of the previous weekend’s match to highlights of games past such as a game played ‘On this day’ or ‘a game of the day’.  The global TV rights restrict the clubs, so the highlights for the most recent game may not appear until a few days after.

Clubs will often create Twitter polls in which they ask their followers to vote for the man of the match or their favourite former player. Clubs are wary of the questions they ask on Twitter polls as they can be easily infiltrated by rival supporters.

This is where clubs have really started to push the boundaries with social media and really create unique and engaging content.  Clubs will create and share videos of the players training during the week, arriving at the stadium on a match day, exclusive interviews and players playing pranks on each other or club officials.

Football clubs are never short of photographs to share and Instagram is the obvious channel for them to be viewed. The opportunities for photos are endless with club events, match day build up and behind the scenes at a club being some of the most used images.

Arsenal unveiled their new replica kits for this season to their 7.4 million Instagram followers last month.

Manchester City recently launched a new feature called Pep’s Taxi. A young supporter was getting into a taxi expecting to go on a tour only to find that the new Manchester City manager, Pep Guardiola, was joining him. This video received over 13 million views on Facebook.

Live video channels such as Periscope and Facebook Live have become key components of football clubs’ social media strategies over the past 12 months. From player interviews, kit launches, supporter interaction and pre-match build up, the videos allow the followers to be directly involved and they can engage directly with the club.

Football clubs know that it is not just the 50,000 people in the stadium that are taking an interest in the match, there are potentially millions more around the world who will be eagerly awaiting the latest updates. Match updates are critical to a football club’s success on social media so it is important they are posted as soon as the goal or action happens. Supporters will expect to hear about it from the club first, rather than via another source.

Supporters have a voice too

Social media has given supporters the opportunity to engage and connect with their respective football club. They can comment and share updates that their clubs post across their social media channels.  There have been instances where issues or grievances have been dealt with, such as ticket problems.  Some clubs have even set up designated Twitter accounts to handle supporter queries.

In some instances, controversial club decisions have been reversed by the feedback received from supporters. In 2013, Cardiff City supporters started a social media campaign over the clubs decision of changing their club colours from blue to red. The support across social media was overwhelming and eventually in 2015 the club returned to their traditional blue.

How does your favourite team engage with you on social media?  Is it working?  We would love to know in the comments below.