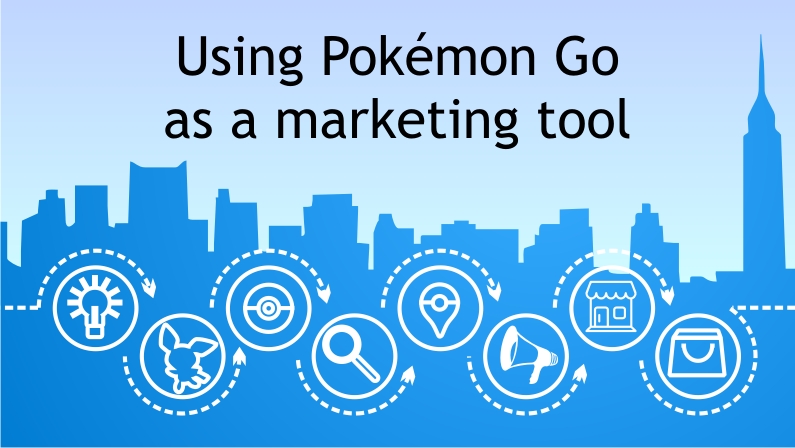 Can I use Pokémon Go to market my shop / museum?

Even if you are not a player yourself, you can’t have missed the amazing numbers around the recent Pokémon: Go release.  After the initial launch on July 6th in Australia, New Zealand and the US, it launched last week in Germany, the UK, Spain and Italy and is now available in 34 countries. Survey Monkey estimated on July 15th that just under 26 million American played Pokémon Go (a top 10 app by daily active users).  Numbers aren’t available yet for the UK – but I’m sure they will be similarly impressive – I know I’ve seen an increase in people walking around looking at their phones in my local area.

What is Pokémon Go?

At a very basic level, it is a sophisticated Sticker Album.  Once you have downloaded and set up the app, you need to walk around your local area and catch Pokémon (Cute little monsters).  There are initially 250 different Pokémon to find which appear as you walk around.  Free to use – and don’t we all love collecting things!

Once you find a Pokémon, you have to catch them by firing a ball at them.

Clearly, some of the 250 will be rarer than others and some will appear frequently.  As you capture more Pokémon, you more up gaming levels.  This will allow you to encounter Pokémon that are harder to catch.

PokéStops are places to visit to get items (to help you catch Pokémon) and Eggs (which will hatch into Pokémon after you have walked a certain distance).  PokéStops are important places in your area – my local area has PokéStops that are maps, statues, etc.  When you get to a PokéStop, you can collect items for free to assist in the capture of more Pokémon.  You can purchase these items with real world currency – but you don’t need to.

When you achieve level 5 (by catching duplicates of the same Pokémon) you can join a Gym. Again gyms will be available around your local area and may be landmarks, museums, status etc.  Joining a gym allows you to train your Pokémon, take part in battles with other Pokémon players and will allow you to collect rarer Pokémon.

As a business owner, why would I care?

Well, the jury is still out – but at the moment this game is popular and it might be an opportunity to take advantage.

As an aside, remember, to catch Pokémon, people have to walk around.  Charity Miles is an app that will allow you to earn money for American based charities while you are walking.  A number of organisations have pledged to donate money depending on the amount of miles achieved by individuals.  I really like this idea and would like to see something similar in the UK.

What do you think? Let me know if you use Pokémon Go as a marketing tool.