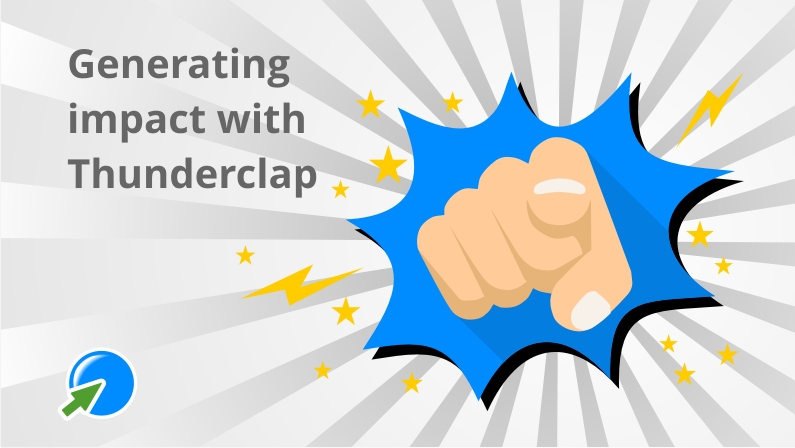 Have you created a Thunderclap?

Have you even heard of a thunderclap?  A thunderclap is a way of getting lots of people to post the same update on Twitter and Facebook at the same time to generate the maximum impact. This works particularly well for a cause.  More than 12 billion Thunderclap messages have been seen in 238 countries and territories shared by over 7 million people.  Thunderclaps have been used by event organisers, charities and brands to promote their message.

There are a number of steps required to create your own Thunderclap:

Set up the Thunderclap

This is a Thunderclap I have set up for a charity we are working for.

We would be grateful for your support.  You can experience ThunderClap (and support #WalkWithNyasha) by clicking this link

Let me know about any Thunderclaps you set up.